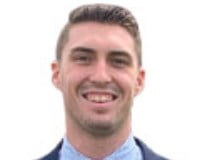 Brodie Nickson 21 Dec 2020
Share this article
Tiger Woods of the United States and son Charlie Woods fist bump on the 18th hole during the final round of the PNC Championship at the Ritz Carlton Golf Club on December 20, 2020 in Orlando, Florida. (Photo by Mike Ehrmann/Getty Images)
Tiger and Charlie Woods stole the show at the Ritz-Carlton Golf Club in the PNC Championship as the father, son combo set tongues wagging.
Finishing seventh behind tournament winners Mike and Justin Thomas, Tiger and Charlie Woods stole the show as 11-year-old Charlie rocked the same apparel as his star father.
Sporting Tiger's signature red shirt on the final day of the tournament, an extremely proud Tiger couldn't hide his joy rocking high fives and fist pumps following every Charlie putt.
Boasting a scarily similar technique to his father, Charlie stole the show as he sunk an eagle and touched the imaginations of golf fans across the globe in hope for another Woods superstar.

And this is an eagle 🦅 🦅🦅pic.twitter.com/vigPQ0IzSM