Souths vs Brisbane Rabbitohs vs Broncos Betting Tips, Preview & Odds - Can the Bunnies bounce the Brisbane?

Can the Tigers bounce back after last week's defeat? (Getty)
The Wests Tigers and New Zealand Warriors clash on Friday night in a pivotal match up for both sides.
The Warriors would still fancy themselves as an outside chance for the finals despite sitting well off the pace, while the Tigers are well and truly in contention, but in ninth position cannot afford to drop any games against weaker opposition.
Can the Tigers continue their climb up the ladder?

The Tigers held their own against the Parramatta Eels in a brutal contest, but were eventually overpowered in the second-half to go down by 10 points.
Although the Tigers have failed to record a victory over a competition fancy this season, they rarely perform badly and will no doubt be raring to go led by their in-form hooker Harry Grant.
The Tigers welcome young gun Alex Twal back into the team after suffering a knee injury against the Cowboys in round six.
The Wests Tigers team for Friday can be found below:
1.Adam Doueihi 2. David Nofoaluma 3. Chris Lawrence 4. Moses Mbye 5. Tommy Talau 6. Billy Walters 7. Benji Marshall 8. Josh Aloiai 9. Harry Grant 10. Oliver Clark 11. Like Garner 12. Luciano Leilua 13. Alex Twal 14. Sam McIntyre 15. Thomas Mikaele 16. Luke Brooks 17. Shawn Blore 18. Josh Reynolds 19. Chris McQueen 20. Alex Seyfarth 21. Robert Jennings

In unprecedented times, not many would blame a team from another country for refusing to play the season, but the Warriors have battled manfully in 2020 and even pushed the Sydney Roosters all the way to the final whistle last week.
Although four players have returned home this week including wingers David Fusitu’a and Ken Maumalo, they have gained the services of Eels loan players George Jennings and Daniel Alvaro.
After putting in a massive performance last week against a Roosters team which admittedly didn’t play their best football, the Warriors will take great confidence into this week.
The New Zealand Warriors team list for Friday can be found below:
1.Roger Tuivasa-Sheck 2. Patrick Herbert 3. Adam Pompey 4. Peta Hiku 5. George Jennings 6. Kodi Nikorima 7. Blake Green 8. Jamayne Tanuoa-Brown 9. Karl Lawton 10. Jack Hetherington 11. Eliesa Katoa 12. Tohu Harris 13 Jazz Tevaga 14. Wayne Egan 15. Adam Blair 16. Daniel Alvaro 17. Lachlan Burr 18. Isaiah Papali’i 20. Adam Keighran 21. Jack Murchie 23. Josh Curran

Tigers vs Warriors Head To Head

The Tigers vs Warriors fixture is one of the most even in the NRL, with the Tigers holding a slender lead in their head to head record taking out 52% of games between the two.
In recent history the Tigers have had the wood over their opponents, winning five of their last six matches against the Warriors.

The Tigers are the strong favourites heading into Friday night, with the Warriors the $5.40 outsiders.
The Kiwis get a +13.5 head start in a match they are expected to lose. 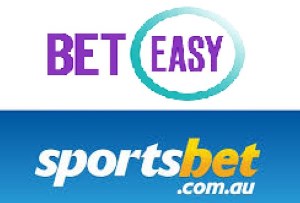 Tigers vs Warriors Match Up

Benji Marshall and Blake Green are both the experienced halves for each team and whoever seizes control of the game will likely lead their team to victory.
After being sensationally dropped by Michael McGuire a few weeks back, Marshall showed just how influential he is returning to lead the team in their demolition of the Broncos two weeks back. Although Marshall’s flair has been mostly replaced by his experience and game management, Blake Green has built his career around guiding his team around the park, and will have to produce his best if the Warriors stand a chance.

When does Tigers vs Warriors start?

The Tigers vs Warriors is the first Friday night game and it is scheduled to kick off from 6pm AEST.

Where is the Tigers vs Warriors game being played?

The Wests Tigers host the New Zealand Warriors at the Sydney Cricket Ground.

How can I live stream the Tigers vs Warriors game?

Visit the live streaming page at bets.com.au for all the information on how you can live stream the Tigers vs Warriors match.

A hungry Tigers outfit will be looking to bounce back from last weeks loss, and with the top-eight within reach, we believe they'll leave nothing to chance.
Best Bet: Wests Tigers (+13) Winning Margin @-117.65 at BetMGM - 10 Units

In this Story Stream

NSW vs Queensland State of Origin 2021 Betting Odds - Who will win the Origin series in 2021?