AFLW Round 2 Tips - Previews & Predictions for all games 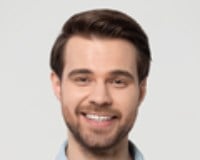 We predict Melbourne to defeat Richmond to kick off round two, but the Tigers should put up a decent fight.
In round one Richmond defeated St Kilda by 38 points, scoring their highest ever score with 61 points. Monique Conti was superb through the midfield with 29 disposals and seven tackles. The Tigers had an impressive spread of goal kickers with Courtney Wakefield, Katie Brennan, Christina Bernardi and Megan Kiely all scoring two goals.
Melbourne was just as impressive in round one, defeating the Western Bulldogs by 24 points. Eden Zanker had the most disposals with 20 while Kate Hoare was the Demons only multiple goal scorer.
Match Odds: Richmond $4.05 vs Melbourne $1.23 (Sportsbet)

The Pies got off to the best possible start to the season last week, defeating Carlton by 19 points. Jaimee Lamber was instrumental with 22 disposals while Sophie Alexander was a focal point up forward with a goal. Expect Chloe Molloy to get on the scoresheet this week after scoring 0.3 against Carlton.
In round one, the Saints disappointingly lost to the Tigers by 38 points. Tilly Lucas-Rodd (22 disposals) and Tarni White (14 disposals, one goal and 11 tackles) were able to hold their head high in defeat.
Collingwood should be able to easily defeat St Kilda in round two action.
Match Odds: Collingwood $1.08 vs St Kilda $7.50 (Ladbrokes)

Carlton should get their first win of the season against the Cats and bounced back from losing to Collingwood in round one by 19 points.
Superstar Madison Prespakis had a team high 16 disposals and Courtney Jones, Lucy McEvoy, Abbie McKay all scored single goals.
Geelong narrowly lost to the Kangaroos by eight points in a close contest. Amy McDonald and first gamer Georgie Prespakis both accumulated 20 disposal while Phoebe McWilliams (one goal) looked the most damaging in front of goal.
Match Odds: Geelong $2.53 vs Carlton $1.50 (Bookmaker)

We believe Gold Coast should be able to defeat the Eagles in an intriguing contest.
The Suns lost to the Giants in round one with Lauren Aherns topping the disposal count with 14. Kalinda Howarth looked the most likely in front of goal with one goal from 13 disposals.
West Coast also lost in the opening round of the season, losing the Western Derby by 28 points. Emma Swanson was the Eagles best player through with 23 disposals and a goal.
Match Odds: West Coast $1.60 vs Gold Coast $2.26 (Sportsbet)

In a game which could go either way, we predict the Crows get over the line against the Kangaroos at home.
The Crows were able to defeat the Lions by 30 points in round one with Ash Woodland cashing in on the scoreboard with four goals.
Ash Riddell was a ball magnet for the Roos in round one with 25 disposals and six tackles and Kaitlyn Ashmore was the most dangerous forward with 18 disposals and a goal.
Match Odds: Adelaide $1.34 v North Melbourne $3.18 (Betstar)

Fremantle will easily account for the Giants in round two after a dominant display in the Western Derby. Ebony Antonio was superb in the win with 12 disposals and three goals and Kiara Bowers was at her dominate best throughout the midfield with 24 disposals.
The Giants defeated the Suns in round one by 15 points with Cora Staunton (two goal) proving to be the difference.
Match Odds: Fremantle $1.35 v $3.12 (Sportsbet)
GB